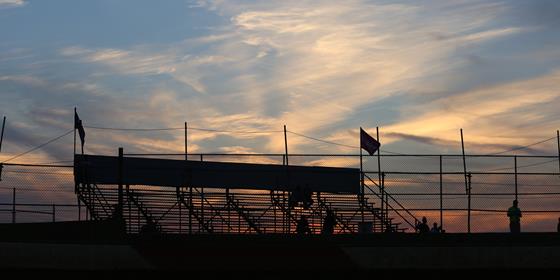 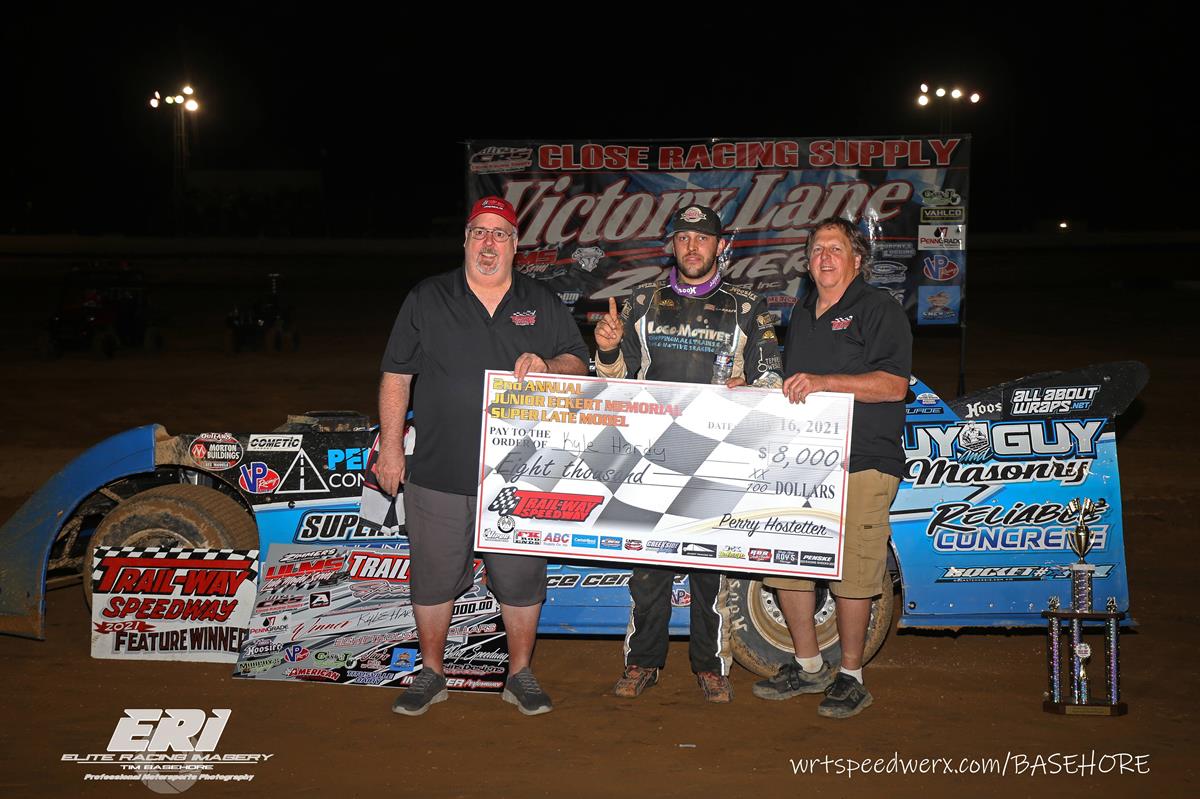 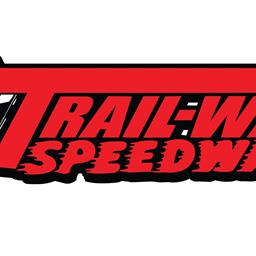 HANOVER, PA - Some might have doubted Kyle Hardy’s ability to run against some of the heavy hitters in ULMS Super Late Model competition.

That isn’t the case. And never was that more evident than Friday night in a special trip to Trail-Way Speedway.

Hardy methodically made his way to the front and passed Max Blair and Gregg Satterlee on his way to the biggest victory of his career in the 2nd annual Junior Eckert Memorial presented by Viper Motorsports. He received $8,000 for the 50-Lap win.

“I don’t even know where to start,” Hardy said. “I took a lot from people who said I can’t run with these guys, but I think I can go home, and they will think a little different.

“This is the biggest win of my career. I can’t believe it. What a racetrack, and we snookered them on tires. We didn’t have the best car, but we have some smart people back there working on this thing.”

Hardy started fifth on the grid and settled into the fourth position on the opening lap. Up front, it was Coleby Frye ahead of the field, with Gregg Satterlee poking his nose under the leader throughout the first four laps.

While Satterlee continued to hound the leader, Hardy was making his move. He slipped by Max Blair for third on Lap 5 and was all over Satterlee for second when Jim Bernheisel slapped the wall on the backstretch.

On the restart, Deshawn Gingerich, Kevin Palmer, and Justin Yoder spun in Turn 4. That led to a three-wide battle between Frye, Satterlee, and Hardy in Turns 1 and 2 when the race went back to green.

Satterlee wasted little time unseating Frye at the front of the field. He stalked the leader for two laps before blowing around the top of Turns 3 and 4 to grab the top spot away at the completion of Lap 11.

A rash of cautions marred the middle stages of the event. The most significant occurred on Lap 13, when Tyler Horst slowed. During the caution, Frye, who was running second, headed to the pit area. He returned to action at the back of the field.

Blair took advantage of the restart and wrestled second away from Hardy. The Virginia driver was having none of it and returned the favor on a Lap 23 restart before setting his sights on Satterlee.

Hardy closed the gap to a half car-length on the 26th circuit. Two laps later, Satterlee went high entering Turn 3, and Hardy banged by going through the third and fourth corner on the inside.

“I had two cars pissed off at me waving their hands, but I’m out here doing what I have to do racing for a living. That’s all that matters to us.

“It was a hell of a race. We had to work our way by them. I didn’t think I would, and I was looking for a good top five. We made a heck of a call on tires, and it worked out.”

The last caution of the event came out on Lap 30, when Devin Hart and Mike Lupfer spun on the backstretch. This allowed Blair to get by Satterlee on the Delaware start and chase down Hardy.

The lead was a half-second on Lap 35. Blair chopped it down to a little over three tenths by the 40th circuit and had a shot at the lead in lapped traffic with five to go.

But Hardy was up to task. He cleared the lapped cars of Dave Stamm and then Larry Neiderer, which allowed Hardy to take the win by .463 seconds at the finish.

“I think we were better at the end,” Blair said. “It was a fun race. At the beginning, I thought we were going to go backwards, and then we got rolling.

“I think we had the best car at the end, but I caught lapped cars all wrong, and it didn’t play out my way. I love coming here. They need to slow it down a little more, but it’s getting there. It was getting racy at the end.”

In the Mid-Atlantic Modified main event, Dale Hollidge took the lead at the drop of the green flag and led every circuit in the 25-Lap affair.

Hollidge started on the outside pole and beat Tom Wakefield to the stripe to lead Lap 1. Michael Altobelli started sixth on the grid and made his way to the runner-up spot by the 11th circuit.

But there was no catching Hollidge, who took the checker by 1.136 seconds at the stripe. Altobelli, Cody Oliver, Carl McKinney, and TJ DeHaven completed the top five. 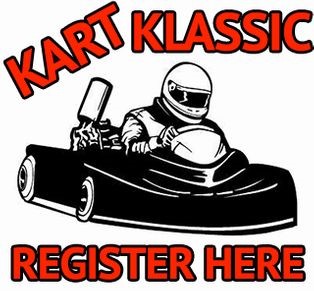 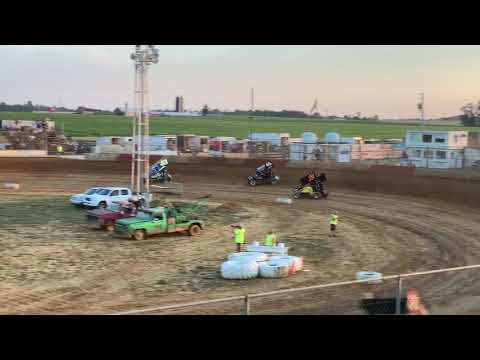 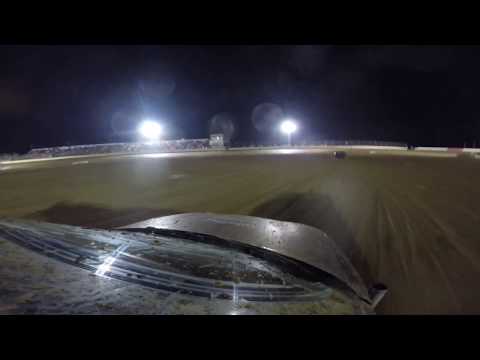 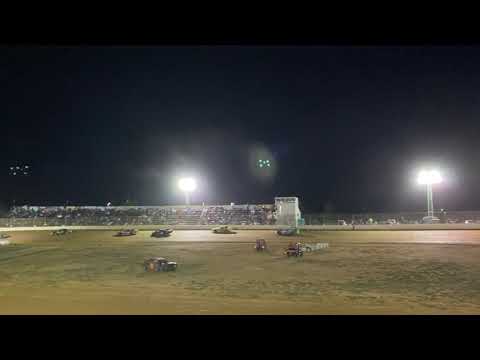 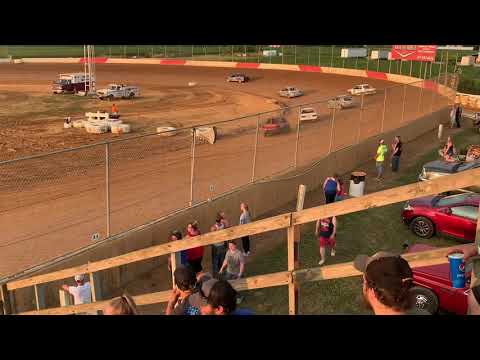